After Eagle Lake, I decided to head on up to Oregon.  The farther north I got the greener it got and the woods were more dense.  I don’t travel on the Interstate Highways, but prefer the blue highways as they are sometimes referred to.  They are the two lane roads out in the boondocks.  I can keep my speed down to between 45-55 MPH.  It makes a big improvement on my miles per gallon and keeps the costs down.  By keeping my speed to 45-55 I was able to get over 10 mpg.  Mucho cost savings !!!  By the way I have the rest of my life to get wherever I want to go.  I am in no hurry.  After a few miles I came to the Oregon Border. 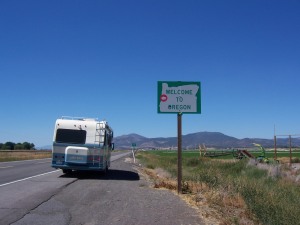 I made a short video of my trip on the way to Crater Lake.  I had to hold the camera while driving so excuse the movement.

This area is known as the Pinnacles.  You see this just before you enter the Crater Lake National Park.  It was an area that was carved out by a glacier after the volcano imploded the Mazama Mountain. 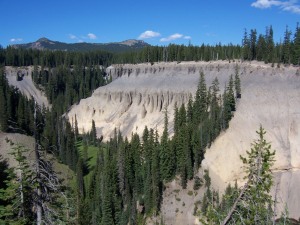 Here I am parked at my second campsite within the park.  They have hundreds of campsites and fortunately I was able to get one at all.  I normally don’t make reservations, but since I would be arriving on a Friday decided to go ahead and make online reservations.  When I got to the park their sign read “Campground Full”.   Since I had reservations they assigned me a nice drive through site.  There are only 15 sites (out of 212) in the entire campground with an electric only hookup.  Originally I got a site without electric.  Rather then run my generator, I waited until most everybody left on Sunday morning and asked if I could get an electric hookup site.  They were very obliging so I got this site. 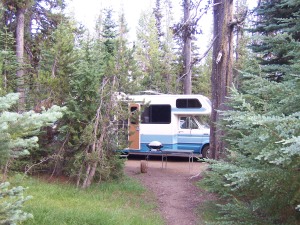 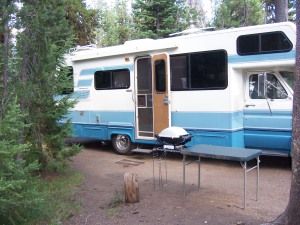 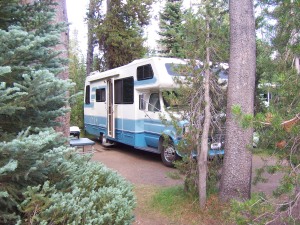 More about the campsite, lake, hiking trails in the next post.

3 thoughts on “crater lake, OR”