When my rig was towed into Dallas for repairs the folks at Coach-Net, my Emergency Roadside Service, told me the Ford Dealer would begin working on my rig the very next morning.  I was confident that it wouldn’t take that long to perform the repair.  However, I was DEAD WRONG!!  It took me over a week to just find out the part I should have ordered for the repair.  The Ford dealer was able to diagnose the problem the next morning, but later called back to tell me they were having problems locating a part.

The part they were looking for was an intake fuel pump that is inside the tank.  Ford no longer manufactured the part and a replacement was a Motorcraft part number.  I went on line to see if I could order the part and have it shipped to the dealer.  There were four parts stores that said they had the part in stock and all were priced the same.  I then ordered it online.  Once I completed my order I called them to verify when the part would be shipped.  They told me it was too late for Friday’s shipments and they were closed over the weekend so it would ship Monday and the dealer would get it on Tuesday.  Soon I would be on the road again.

Not so fast Jimbo!  I called the part store on Tuesday to verify that it had been shipped and low and behold they told me they didn’t have one in stock as they had said on their website.  I then called the three other parts warehouses on line and none of them had it available.  Now what?  I called the dealer and asked them if there was an aftermarket replacement part for this fuel pump.  I can’t imagine that a ’91 would not have a replacement and that the Ford dealer would not have that information.

My father had three MG’s, one dating back to 1955 which he completely tore apart and rebuilt every part on it.  He never had a problem finding any part for his cars.  My rig is a ’91 RB Lazy Daze and I couldn’t see why there would be any problem.  I was sooooooo wrong!  Not only could they not find a replacement part but they had no idea what would replace it.

My frend Steve in the Yahoo lifewithalazydazerv group felt my pain and caming running to my aid.  Thank you Steve – dinner at the Balloon Fiesta is on me.  He contacted his local parts dealer and they were able to track down the aftermarket replacement part I needed.  He emailed me the number and I then looked it up on line, where they have a picture.  I called the dealer with this information and Daniel told me he would have to call me back after checking with his technician.  A few minutes later he called back to state that his technician and he decided it was the correct replacement part and for me to go ahead and order it.

Now I have it on order through Auto Zone who in turn has to order it through their source.  It will take 3-5 days then they will ship it out next day delivery to the Ford Dealer.  So I am looking at another week here in Dallas.  At least I am saving gas and campground money.  LOL!! 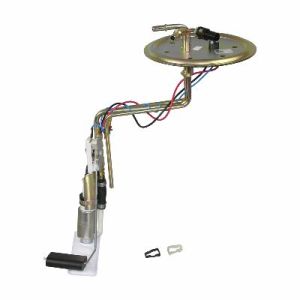 I just cancelled my reservation at Storrie Lake State Park in New Mexico.  I saved a whopping $11 after paying $10.60 for the cost of making the reservation plus one nights stay of $4.  That at least beats a kick in the head!!  Now I will just take my time getting into New Mexico and should not require a reservation since the campgrounds won’t be as crowded.