First I would like to apologize for not writing more often but just too pooped to pop after working and not really too exciting here except for working.  Once I get back on the road I will write more often.

Now I want to tell you about my experience working for an Amazon Fullfillment Center.

Applying for the Job

While boondocking in Quartzsite last January I came across the Amazon booth in the big tent.  The representatives from Amazon were looking for seasonal campers to help out during the peak rush season during the holidays.  I had read where it was a good paying job that only would last for a couple of months.  I signed up then and there.  They had you fill out an application and they actually hired you at that time.  However, I wouldn’t be starting until sometime in October and would work until Christmas.

I read a lot online by people who had worked there the previous year.  I even met several people on the road who had worked there and gave me their impressions of the job.  Some of the reviews online depicted the job as very tough and I also heard the same from those I talked with.  Long hours, very sore body parts and cold weather to boot.  I had my concerns about all of these subjects, but went ahead and filled out the application.  Then it was just a matter of waiting to hear from them.

I need my High School Diploma?

A few months later I started getting emails from them.  They mentioned that they would need my high school diploma for starters.  You have got to be kidding!  I looked everywhere for it and realized that was not one of those important papers I kept.  I even called them to see if a college degree would suffice but they said they would need the high school diploma.  I graduated from Henry Ford High School in Detroit, MI so I called the school to have a copy sent to me.  They said “no problem” what year do you graduate?  1962.  OK that might be a problem.  You will have to contact the records office downtown.  All I could picture was that the records were all burned up in the huge riot they had there in the 60’s!!  So I called and then had to fax all the information to them and they would perform a search.  I never knew the results of the search until my sister called me and told me she had received a letter from Detroit which was confirmation that I actually had graduated from high school dispite the awful grades I pulled.

Then the only thing left was a drug test and a background check.  I passed both of those and then they asked me to make a reservation in an RV Park in the Fernley, NV area.  I chose Desert Rose since I had already been there the summer before.  Then it was just a matter of waiting until I finally got my start date.

I get my start date

I finally got my start date (Oct 30) and headed to Fernley.  The nice part was that Amazon pays for your camping site.  All I had to pay for was the electric and propane.  They allow you to arrive 2 days in advance of your first work day.  I don’t have a toad so I was hoping I could find someone who I could ride to and from work.  Greg, my next door neighbor said I could ride with him.

Off to work I go

Then it was off to work.  There was orientation the first day and we all learned what to do and what not to do.  The first week you are on 8 hour per day shift for 4 days.  Then you are thrown to the lions!  Ten hour shifts for 4 days, then 3 days off.  I hadn’t worked 10 hour days for many years so it was a little brutal getting used to it.  But that was the easy part.  I was assigned to Outbound, which meant packing products only one item to a box.  The first week was tough on the body.  You are on your feet for the entire 10 hours except for lunch and breaks.  But the hardest part is the pain you suffer in your hands, arms, legs and feet. 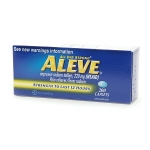 There were times I would come home and just VEG OUT!!  I didn’t want to fix dinner or even drink a beer or glass of wine.  I always like to have wine at the end of the day, but even that got to be a burden.  I got so that I took 2 Aleve pills daily to help relieve the pain in my hands.  The hand pain for me never went away and although I have only 2 weeks to go I still experience it daily.

The people are the greatest!

The people at Fernley are the greatest.  The Desert Rose RV Park is completely filled with Amazon seasonal workers.  I have met a lot of very friendly, fun people.  The Amazon people are also the best!.  They are all so friendly and always willing to help with any problems.  It is a great work environment although a VERY FAST PACE.   Would I return next year?  You bet your sweet bippy!!!  I will be there for sure.  I like it regardless of the pain to the bod!!

Benefits not too shabby! 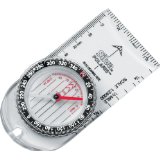 that I can hook up my IPOD touch to for a GREAT SOUND SYSTEM for this guy.  Nice and loud to play all my great R&R, classical, etc.  music.  I think I have used up my allowable employee discount.

There are times when it gets very busy and they put us on an 11 hour shift.  That is pretty tough.  I now have 2 weeks to go and this next week we are now on the 11 hour shift.  They are very good about overtime and you can have quite a few hours per week, but only 4 hours per week is required.  Also I read online that they send you home a lot because the oshipments have slowed down.  I have only been asked once to take time off and that was only for 4 hours each time.  There was one time I requested to go home early because my ride had been asked to take time off.  They were very accomodating in my request.

Would I do it again?

Aside from the aches and pains, I would highly recommend working for Amazon.  I intend to sign up for next year.  Amazon is very big on hiring recreational workkampers.  They really like us.  We are all responsible, on time, always at work, at don’t complain.

I hope this has helped to answer questions about what it is like to work at an Amazon Fullfillment Center.  If not let me know.

16 thoughts on “Working at Amazon”