Muddy, but no problemo!

After raining all night it was very muddy in the parking lot where we spent the night.  I got up and wanted to take a few photos of some of the animals on the property.  They have both sheep and goats that made a lot of noise as I approached them. 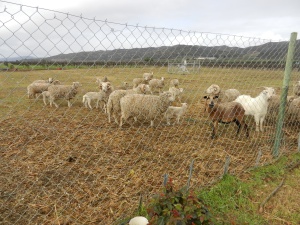 Down to the malecon…

It was very overcast but that wasn’t going to bother any of us.  Today we were going down to Ensenada to the Fish Market.  Our whales portion of the trip was also planned for today, but not sure if we can do that because of the weather.  We arrived at the fish market where we were able to park our rigs and get out and do some walking.

The water was very choppy and Don went to check to see if we could still go on the boat to do some whale watching.  In the meantime our group took a walk on the malecon (seawall).  There was an interesting statute made of whale bones and rebar that was named “The Whale Man”. 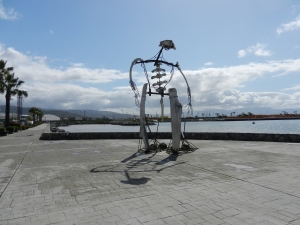 Lunch at the Fish Market

Don checked with the captain of our boat and also spoke with some people who had just finished their cruise and determined that the water outside of the harbor was much too choppy and our chance of seeing any whales was not good.  We then decided that we would not go on the whale watch, but stroll thru Enenada instead.  We also chose to eat lunch at an outdoor restaurant across from the fish market.  The lunch was included in our tour and here we are eating lunch.  We all enjoyed it very much. 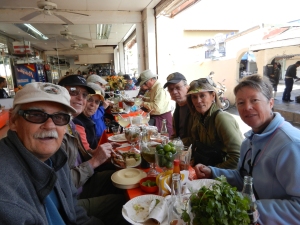 After lunch we all went for a stroll around Ensenada.  Many of the signs were written in English to help us American tourists purchase their products.  Also the shop owners could also speak English so it made it very easy for us to converse.

Anybody for a Disco Bar? 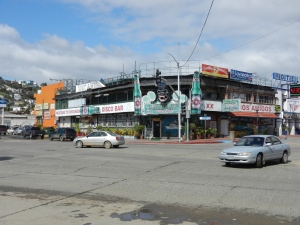 Or a pharmacy?  I love their stick figure advertising Viagra. 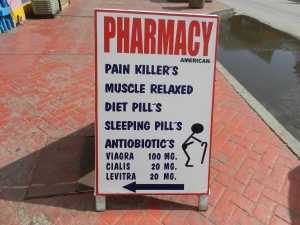 Here are a couple of nice looking restaurants. 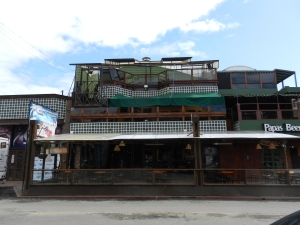 If you ever lived in Southern California you have probably heard of Hussong’s Cantina.  It was created by John Hussong in 1892 and it has been the same ever since.  Many famous people have been their and you can read more about it at Hussong’s Cantina. 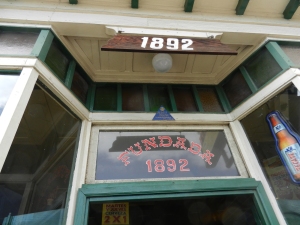 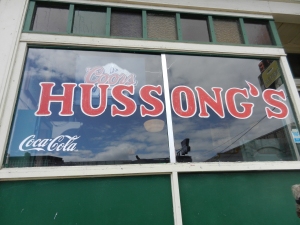 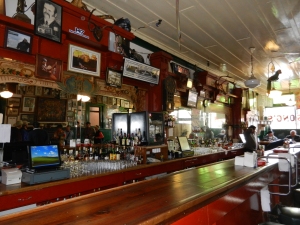 I offered to buy a round of drinks for everyone who wanted to stay.  I did get a few takers and we all enjoyed a beer. I didn’t know it at the time but Tuesday is 2 for 1 day.  Seven beers cost me only $7.50(US).  WOW, what a bargain!!!  It would cost me that much for 1 beer in the US. 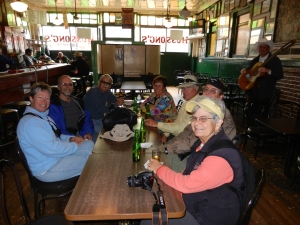 Back to the Fish Market

We then returned to the Fish Market where I purchased some Red Snapper and Rock Cod.  They filleted the fish right at the market.  My total for all the fish came to less the $7.  Not too shabby! 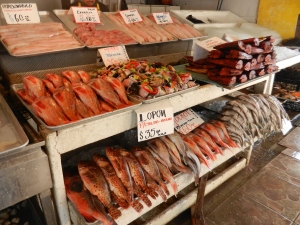 Then we hopped back in our rigs and drove south to Estero Beach Hotel/Resort and RV Park where we had full hookups.  We had another great Happy Hour and everybody brought a dish for our dinner.  Don and Kim supplied lots of clams for the occasion.  Here we are all parked. 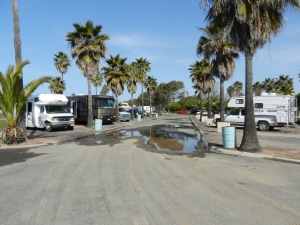 Our plans did change somewhat due to the heavy surf causing us to cancel the whale watch, but that didn’t stop all of our fun together.  This tour was made up of a very fun group of people.  I was the only single but felt right at home.