Drumheller, AB – Land of the Dinosaurs

Our next stop on our fabulous tour through Alberta was Drumheller, AB.  Prior to this trip I had never heard of this town.  But anyone who has studied dinosaurs is sure to know of it’s existence.

We were camped at the Dinosuar RV Park within walking distance to the entire town.  It was a nice campground with plenty of washers and dryers.  Here is a pic of my site. 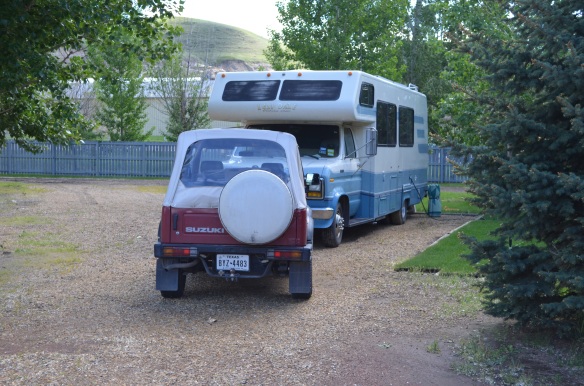 We are going to be here 3 nights so we had time to do the laundry as well as relax..  Chica offered to help me with the wash, but I couldn’t get here to fold the socks.

The first full day we were here many of us decided to go on a tour of the area, which was offered by the RV Park for $25.  They had a bus that carried us to many unusual sites in the area.  Our guide had lived here most of his life so could answer our many questions.

Our first stop was Drumheller’s Little Church.  It would seat 10,000 people but only 6 at a time. 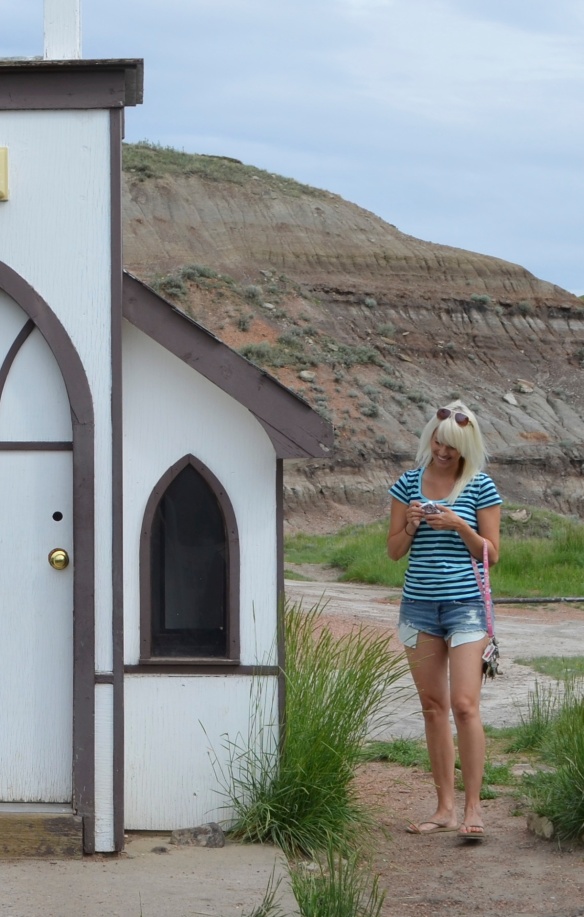 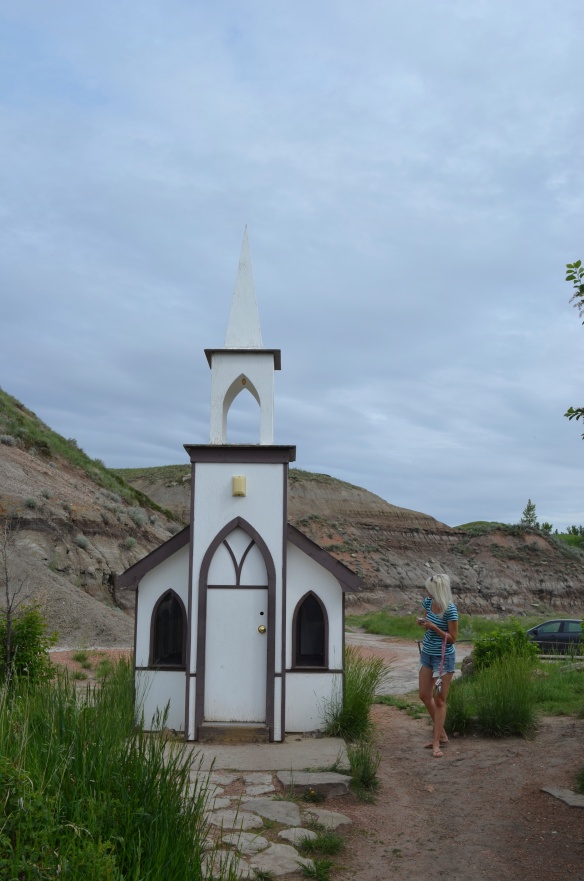 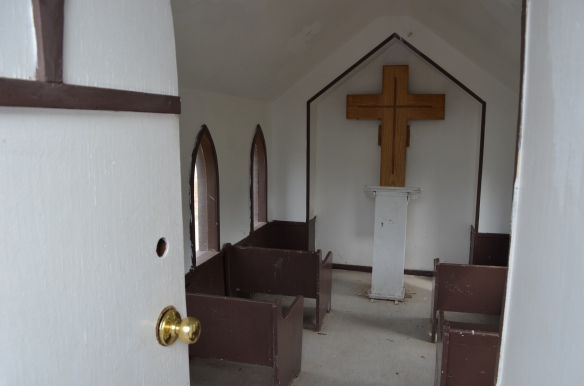 The next stop on our tour took us to Horse Thief Canyon where a local tour guide met us. 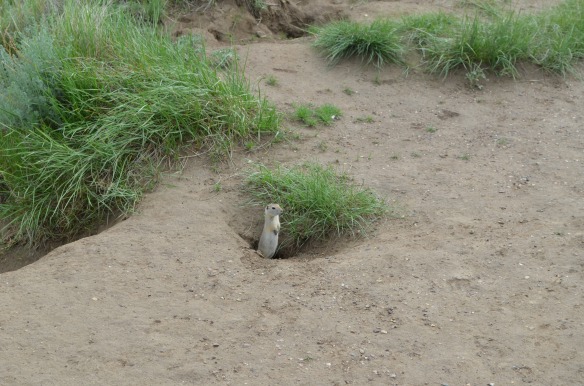 The views were awesome.

Then we crossed the Red Deer River on the Bleriot Ferry.  It was named after Andre Bleriot who homesteaded here around 1904.  A homesteader could buy 160 acres for only $10.  I sure wish you could do that now.  What a bargain!!! 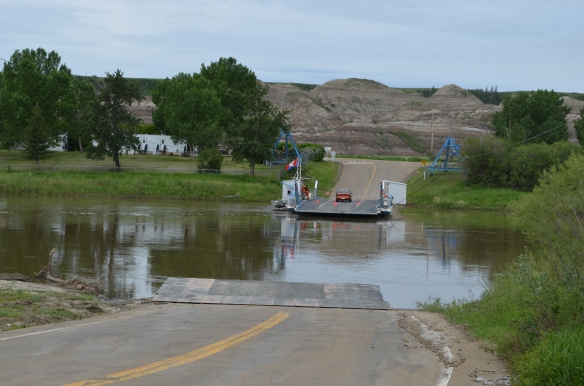 Then we proceeded to an overlook of the Red River Valley.  What a view! 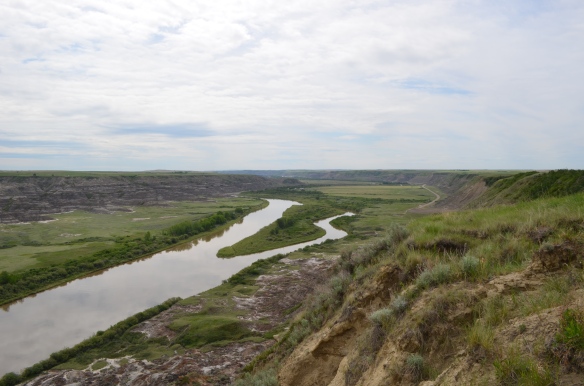 Up close with the Hoodoos

Then we traveled through Drumheller to the other side of town where we saw a fantastic display of hoodoos.  You could walk among them and see them up close. 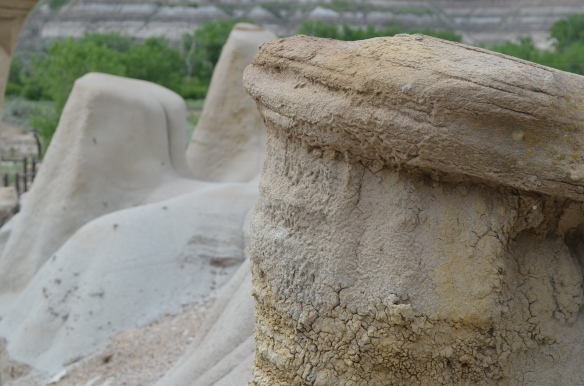 We then all hopped back in the bus and drove to the Star Mine Suspension Bridge.  Miners used this bridge to get to the other side of the Red River and the coal mine .

The last stop on our tour was at a ranch that raised buffalo.  These were the females approximately 2 years old weighing approximately 850 lbs.  They were very curios as you can see and started walking toward us.  They are probably saying to each other, “humans have to be the weirdest thing I have ever seen”.  They walk on their hind legs and talk way too much.

Then we headed back to the RV Park.  It was a great tour and I would highly recommend it to anyone passing through Drumheller.  The next day we planned to visit the Royal Tyrrell Dinosaur Museum.  It is known as the most famous dinosaur museum in the world.  I will cover that in my next post so stay tuned

7 thoughts on “Grand Tour of Drumheller”