I got a call from Jacks Truck and Equipment that the parts they ordered had arrived.  I am scheduled to go in early tomorrow.  I can’t wait to get back on the road.

I am still planning on going East to Saratoga, WY,  but I will also have to go a bit further East to Laramie, WY to take the drug screening test for working at Amazon this winter.  That was the closest town to my present location.  So after repairs I will head to Saratoga, WY and pick up my mail and then on to Laramie, WY for the drug screening test.

Today I decided to learn more about the camera in my IPhone and what it is capable of doing.  I learned how to turn off the flash, zoom in or out, take a video, etc. etc.  I took the following panoramic of the area I am presently in.  It is not quite as good as my Nikon D5100, but it is still fairly good. 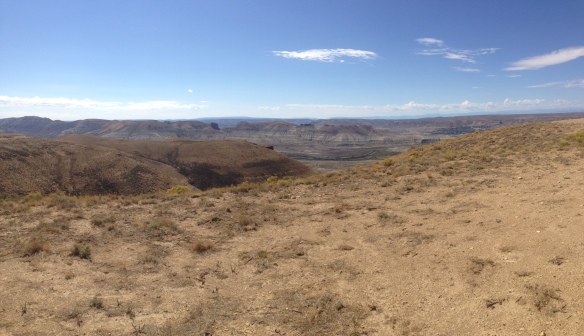 Panorama taken with IPhone of area I am presently in

I had also took this pic last week but am just now showing it.  Just over the edge of the plateau where I am camped is this car that looks like it has been there for some time.  I am surprised it did not go all the way down the hill.  That would have been quite a ride. 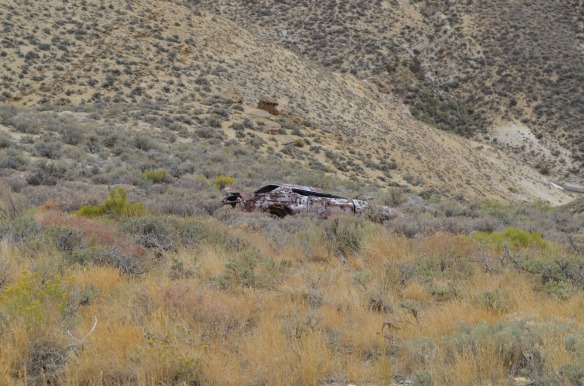 It was quite a ways down the plateau and I really didn’t want to climb down there, but what if there was bones or a body in it?  I grabbed the camera and headed down to see what mystery was down there.

The car had no engine, hood, seats or anything else that goes inside a car.  Also no tires and that is probably what kept it from rolling all the way down.  It looks like someone just came out here and shoved it off the plateau.  There were also a million bullet holes in it. 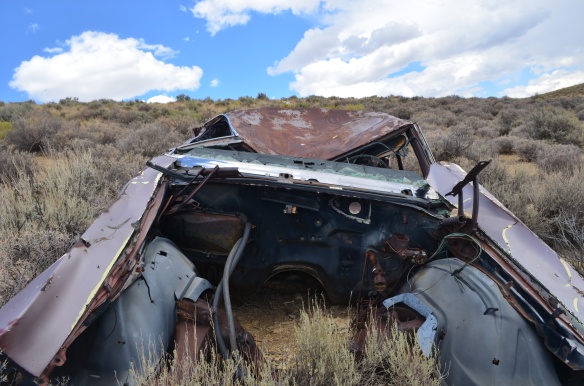 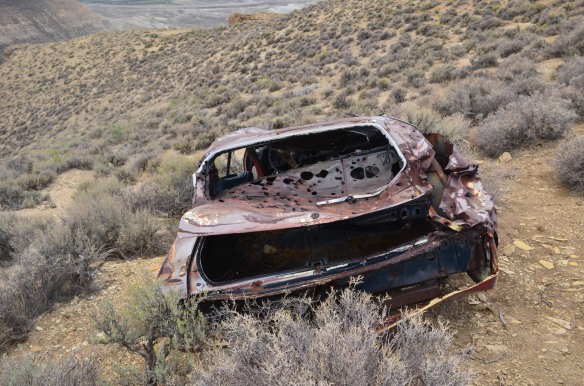 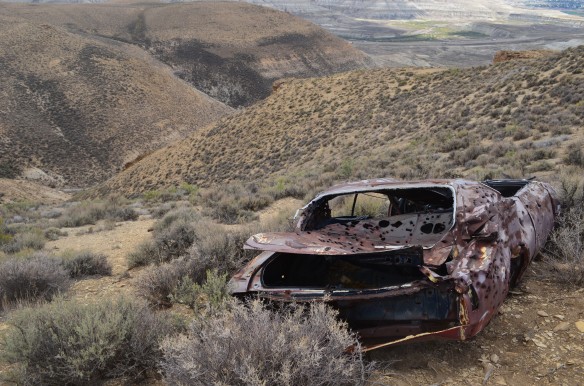 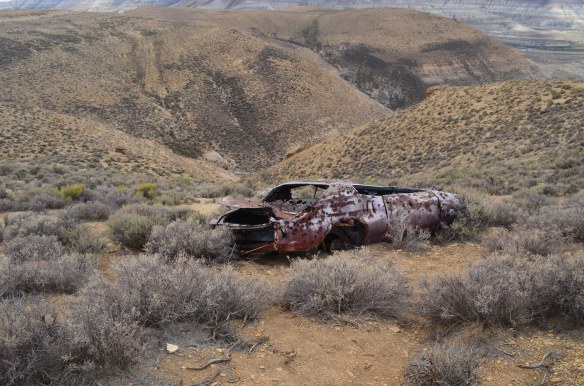 Ever since I got here I have had great 4G cell service and WiFi.  I am about 1/2 mile from the nearest tower.  I don’t even have to use my Sleek booster.  You can barely seen the tower in the center. 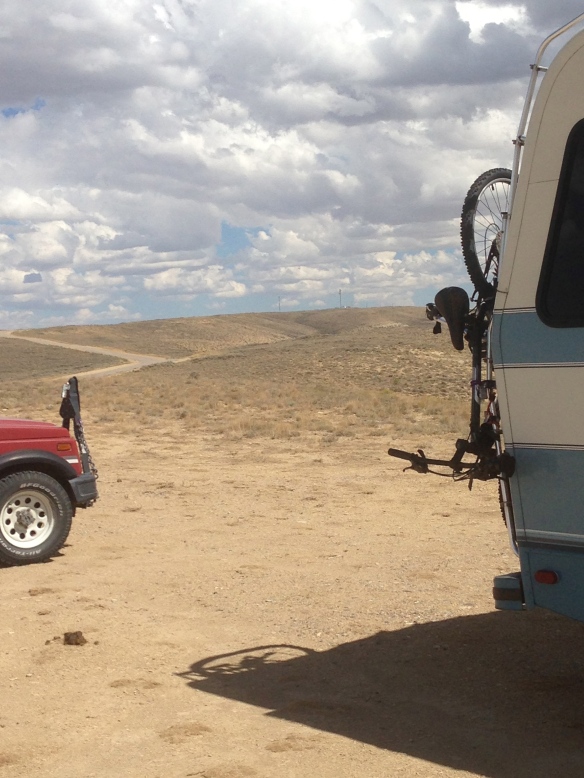 Wildfire in the distance

I have been watching the smoke from this fire ever since I got here.  It is northwest towards the Pinedale where I came from.  There were two separate fires but hopefully they got one of them out.  A few minutes ago it had black smoke billowing upward.  It may have burned a car or something. 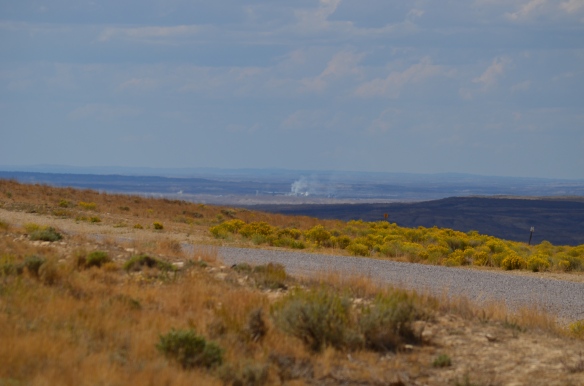 Not too much else to tell you.  Hopefully tomorrow will go OK and I will be back on the road.