Hiking to a very cool canyon…

We all decided to go hiking in the desert.  Jim and Gayle had picked out a great spot past Spring Canyon.  So Jim, Gayle, Debbie and I all took off and headed out there.  Unfortunately I forgot my camera so don’t have any pics of our hike.  However, it was up and into a neat little canyon and very pretty back there with all kinds of neat rock formations.

After the hike Jim wanted to drive up a road to the cell towers on top of the mountain overlooking the Rockhound State Park.  We got up quite a ways and met several ATV’s and a jeep coming down.  At that point we decided to turn around and head back down.  It was getting steeper and lots of loose gravel.

We then returned to our campsites.  Then I got the bug to test out my Suzuki Samurai to see what it could really do.  I invited Jim to go along and we headed back to that same road.  I got just a bit further then we had previously and my tires started to spin out in the loose gravel.  At that point I stopped and put it into 4WD.  I had it in 4WD low and it went right up that steep gravel road like it was nothing.

The rocks in the road kept getting larger and the road in some spots became very steep.  But my Sami went right up like there was nothing to it.  We then arrived at the top with the towers. 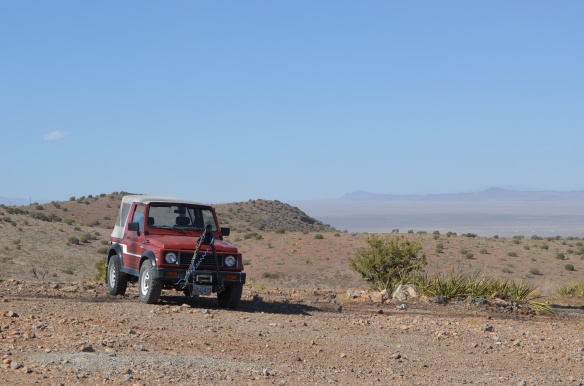 What a view from the top…

The view up here was fantastic.  However the wind was blowing like crazy and we had to take off our hats or we would have lost them.  Here is a pic of the campgrounds below us.

Deming is way off in the distance. 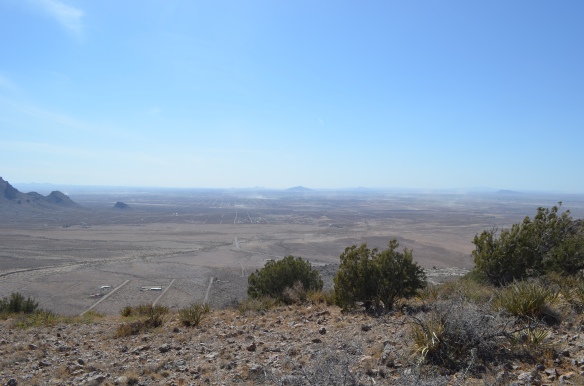 Here is a great pic of the towers.  They were huge!

We spotted another tower further up the mountain so naturally I just had to check that one out as well.  On the way driving over to it I spotted what looked like a coyote skeleton. 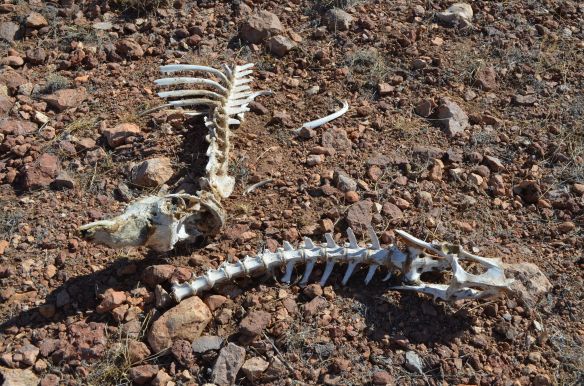 Road was very rocky and steep as well

The road was very rocky and in some spots it was loose gravel and steep as well.  But the Sami went up it like it was nothing.  I had read many reviews on the Suzuki Samurai before purchasing it and they all said it can go anywhere.  I am now very convinced of that.  Plus it doesn’t take much effort to get to these spots.  I am glad I had high ground clearance since many of the rocks in the road where very large.  This is a pic at the second tower.

It was extremely windy up there.  There was a work truck up there but the workmen had left.

Two towers was enough for today

Once we got up on top of the mountain we could see many different towers.  We counted 5 different towers, but there could have been more.  The views from up there were fabulous.

I am so glad I purchased the Samurai.  It performed just like I thought it would and will be able to take me to places I never even imagined going.

The towers from my campsite…

I wanted to take a couple pics of the towers from my campsite just so you could see how high we got.  This a pic of the first tower we climbed to. 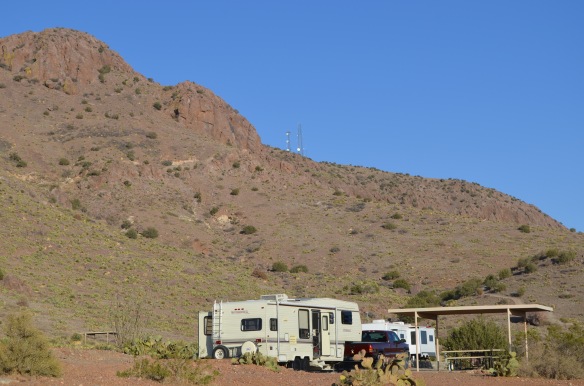 And the second tower.

My life on the road now has really changed.

I knew once I got a vehicle that things would drastically change for me.  For one thing I don’t have to unhook everything in a campsite just to go into a town or a store.  Plus now I can go to those really out of the way spots I had always dreamed of seeing.