This is an old post I wrote but couldn’t post since the Internet connection was sooooo bad.  I don’t remember the exact dates.

Chica has the shits

Not sure what happened, but I think it was something she ate (maybe a bug or something) but Chica came down with the shits.  What a bummer for her and me.  She wasn’t a very happy camper for a few days as you can see from this pic. 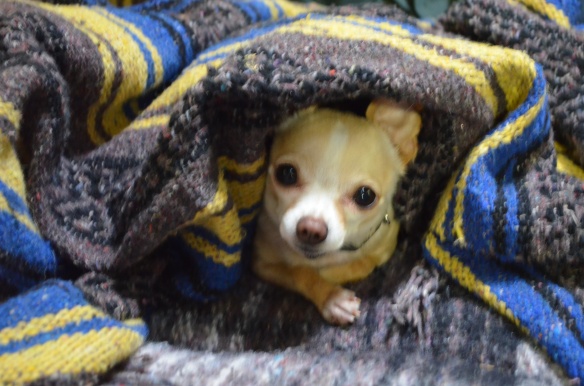 I took her to the vet and she checked out A-OK there.  They gave me some medicine for her tummy and she is much better now.

Met up with Marti and Charlie again

Marti and Charlie wrote that they were going to Anacortes over on Fidalgo Island and wanted to know if I could join them.  I made plans with my other hosts to fill in for me and off I went late Sunday afternoon.  The weather here had been raining all week so I called Charlie to make sure they were still going.  They were already at Anacortes and the weather was nice and sunny so I headed over there.

Parked at the marina

They already had a spot at the marina so I pulled in next to them.  What a gorgeous view!  I forgot to take a pic during the day so this will have to do.  Quite a difference from out in the woods where I have been all summer. 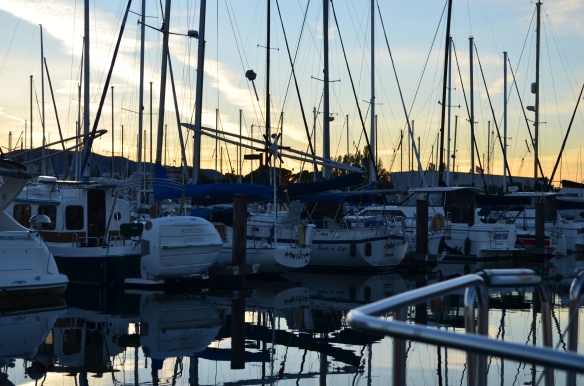 On Monday morning we walked down to the bus stop where we caught a bus to the San Juan Island Ferry.  The ferry ride is well over an hour to get there as we passed several islands on the way.

We got off the ferry at Friday Harbor, the main town on the San Juan Island where we climbed aboard a tour bus.

Our first destination was English Camp.

The gardens there are really beautiful and well manicured.

On to Roche Harbor

Boarded the bus again and went on to Roche Harbor.  You pay one fee and you can get on or off the bus anywhere you wish.  It was great for seeing different sites on San Juan Island. 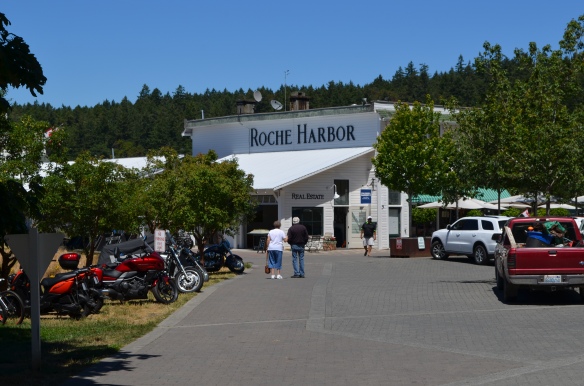 Here is a great pic of Marti and Charlie in the garden path in front of the hotel.

A pic of yours truly after landing his yacht in the harbor.  HA!!

Then we boarded the bus to return to Friday Harbor.  We stopped and had a drink just before boarding the ferry for our return trip to Anacortes on Fidalgo Island.  I got this pic of a taxi out in front of the bar.

This is our ferry.  If I remember right it was about a 1 1/2 hour ferry ride back to Anacortes.

Our final day in Anacortes we got out the bikes and they showed me some very neat spots on the Island. 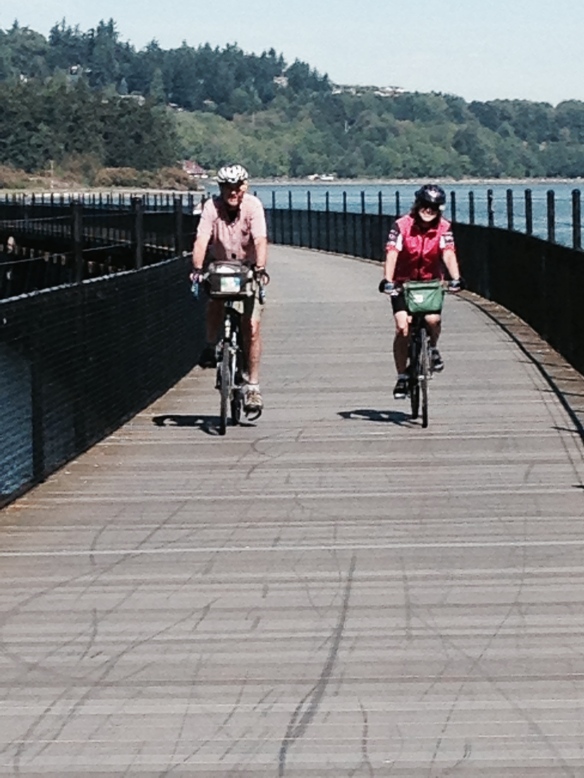 Thanks Marti and Charlie AGAIN for such a wonderful weekend.  You guys are the BEST tour guides in the Seattle area.  I had a wonderful time.